Clogged drains, toilets, and sinks can cause serious damages to your home and property. If you’ve ever had to take a dump, pressed the flusher, but instead of being flushed down the drain, the feces just floats on top of the water until it spills on the floor, then you know that it’s a downright nasty experience.

This is why you should do everything possible to avoid having clogged pipes in your home. In this article, we’ll be looking at the common causes and also showing you what you need to do to avoid it by all means. That sound good? Alright, let’s jump right in.

The main causes of clogged toilets include the use of excess toilet papers, used tampons and sanitary wear, hard water deposits and food materials.

Using the toilet doesn’t mean that you should use wads or huge rolls of toilet paper to wipe. Use moderate amounts that are neatly folded. If you must, use multiple rolls to clean up effectively.  You could also try flushing twice –first for the waste, second for the toilet roll.

As for tampons and sanitary wear, this is an absolute no-no. They may look small and disposable, but they aren’t small enough and disposable enough for the toilet as they could get caught in the pipes. Just toss them in the wastebasket.

If you have hard water, well, try getting a water softening system for the home. Then, use a hard brush to wash the rims of the toilet so the calcium doesn’t harden around the rims and reduce the flow of water through the toilet pipes.

As for dumping food particles in the toilet, come on, it’s common sense, you simply shouldn’t as it doesn’t flush as smoothly. We get why you might think it should, but it just doesn’t.

This is usually caused by gunk buildup from the combination of soap scum and hair in the pipes as well as dead skin flakes. If this is the case, you should just routinely clean the drainer to get rid of any buildups on it.

If you use hard water too, it’s likely to block the drainer too. Small items like toothpaste caps, hairpins, and earbuds can clog the bathroom drain. If they should fall down and you can reach them, simply remove them immediately.

This is usually the biggest source of clogged drains in the home. This is not surprising seeing as the combination of food particles and grease combine to block the drains in the kitchen sink.

While this can be fixed, it is best to avoid in the first place by making proper use of the garbage disposal. If your sink doesn’t have a strainer, install one. This will help stop most food particles from going into the drain. You can always empty it as soon as you’re done the washing.

As for the grease, we would recommend frequently running a stream of hot water through the drain. This is effective at melting some of the greases and preventing a buildup. On the other hand, try preventive measures like scraping off the grease or oil. Pouring fat down the drain will also block the drain, so avoid that.

These are basically the major causes of clogs and their preventive measures. If you do this frequently, you’ll most likely avoid any clogs anywhere in your house. But just in case, get the “humble” plunger as that could help “free” the toilet as well as unclog mild deposits in the bathroom drain.

Whatever the case, save yourself from the embarrassment of clogged drains. Have a seasoned plumbing service carry out routine plumbing maintenance on your property. That way, you’ll never have to worry about clogged drains ever again. 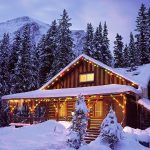 How can you carry wooden house? 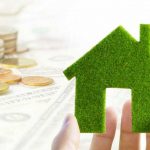