If you’re trying to bleed your radiator and you can’t seem to get the bleed valve to open, you’re not alone. It can be frustrating to try and fix a problem only to run into another roadblock. But don’t worry, there are several reasons why your radiator bleed valve might be stuck and there are ways to fix it. In this comprehensive guide, we’ll go over the most common

causes of a stuck bleed valve and how to fix them.

The Bleed Valve is Seized

One possible reason why you can’t open your radiator bleed valve is that it is seized. This can happen if the valve hasn’t been used in a while and rust has built up inside the valve or if the valve was tightened too much when it was last used.

To fix a seized bleed valve, you’ll need to use some penetrating oil. Spray the oil onto the valve and let it sit for a few hours to allow it to work its way into the rust and loosen it up. Then, try opening the valve again. If it still won’t budge, you may need to use a wrench to gently turn the valve. Be careful not to apply too much force, as you don’t want to break the valve.

The Radiator is Overheated

Another reason why you might not be able to open the bleed valve is if the radiator is overheated. When a radiator gets too hot, the metal expands, which can cause the valve to become stuck.

To fix this problem, you’ll need to allow the radiator to cool down before attempting to open the valve. You can do this by turning off the heating system and letting the radiator cool down on its own, or you can use a damp cloth to help speed up the process. Once the radiator is cool, try opening the valve again.

The Valve is Damaged

In some cases, the bleed valve itself might be damaged, which can make it difficult or impossible to open. This can happen if the valve was tightened too much, if it was damaged during installation, or if it was exposed to extreme heat or cold.

If you suspect that the valve is damaged, you’ll need to replace it. This can typically be done by turning off the heating system, draining the radiator, and then removing the old valve and replacing it with a new one. Make sure to follow the manufacturer’s instructions when replacing the valve to ensure it is installed correctly.

If you’re having trouble opening your radiator bleed valve, don’t panic. There are several possible reasons why the valve might be stuck and there are ways to fix it. Whether the valve is seized, the radiator is overheated, or the valve is damaged, there are steps you can take to get the valve open and get your heating system working properly again.

Hopefully, the article on can’t open radiator bleed valve was useful for you. Thanks. 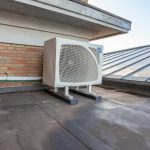 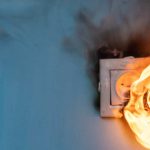 Is it Safe to furnace plugged into outlet?